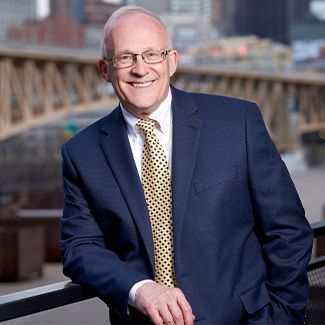 Attorney Melton has been selected to:

He has also been invited to judge the oral arguments of the law students in the nationally acclaimed Duquesne University School of Law Legal Research and Writing Program.

Attorney Melton's current professional memberships include Beaver County Bar Association (past president), Allegheny County Bar Association, Pennsylvania Bar Association (Medical-Legal Committee, 1987), and American Bar Association. He is actively involved in the Pennsylvania Association for Justice (Member, Board of Governors, Western District, 2009-2011), Pennsylvania Trial Lawyers Association (Member, Board of Governors, 1998-2000), Western Pennsylvania Trial Lawyers, and American Association for Justice. He had been a four-year member of the American Inns of Court. He was a member of the International Society of Barristers, an invitation-only group of trial lawyers chosen from the United States, Canada, U.S. Virgin Islands, Mexico, England, Ireland, Scotland, Australia, and New Zealand(2014-2016). Attorney Scott L. Melton has received an “AV”* rating from the Martindale-Hubbell rating system. An “AV” rating is the highest available, meaning that the lawyer is recognized by his peers as having achieved very high to preeminent legal ability and very high ethical conduct relevant to the discharge of professional responsibilities.

For 44 years Attorney Melton has maintained and managed a Beaver County office. He is proud to have won some of the largest plaintiff medical malpractice verdicts in Beaver County. One of his medical malpractice verdicts in Beaver County stood for 19 years as the largest medical malpractice verdict in the county. According to the November 16, 1990 issue of USA Today, attorney Melton received the 4th highest paid libel verdict in the United States for his clients. He has also litigated cases in federal court and in many Western and Central Pennsylvania counties including Allegheny, Beaver, Blair, Butler, Cambria, Centre, Crawford, Erie, Fayette, Lawrence, Mercer, Warren, Washington, Westmoreland, and York. He has also been specially admitted in the federal and state courts of Ohio and New York in medical malpractice and personal injury cases. Scott is happily married to his wife, who is a lawyer. They have four children and a dog named Jilly.

I utilize my experience for your benefit.